In its pursuit to develop the optimum program to build the “Optimum Fighter”, Elite Tactical has initiated a research and development process that capitalized on more than two decades of research, practical experiment, and live operations conducted by the three lead companies on this field to develop a training program that allows military and elite forces operators and trainers alike to evaluate and enhance readiness during extreme close quarter engagement training scenarios. The outcomes of the R&D carried out by the three companies have been supported by the scientific and academic study conducted by Amsterdam University as the study has resulted in authenticating the scientific and operational background of the training systems developed by these companies.

Based on the solid foundation, Elite Tactical has developed and enhanced its own Training Systems by integrating them with its unique isolated and integrated scenarios and live firing program backed by a full spectrum of the most advanced Reality Based Training equipment to mimic the real life operations that the fighter will encounter. These modifications which have been made and adopted by Elite Tactical since 2012 resulted in the most effective and comprehensive training program “Tactical Battle System-TBS” and “Survival Battle System -SBS”.

Since 2012, the TBS and SBS with all their merits have achieved many success stories in UAE and followed the same path in the other GCC countries. 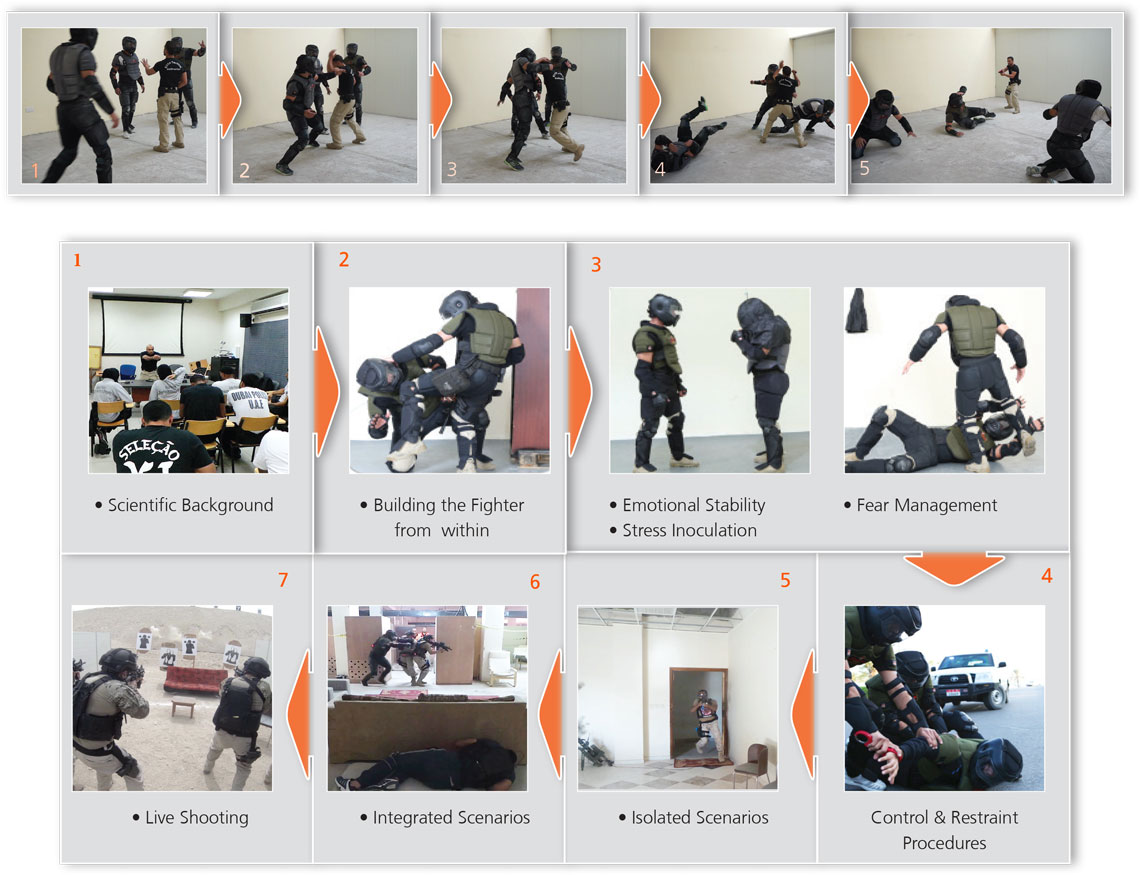